Mr. Shanfelter has been a member of our Board and a Class III director since May 22, 2007 and effective January 1, 2021 became Chairman of the Board of Directors. On April 6, 2022, he was appointed Interim Chief Executive Officer and Interim Chief Financial Officer. He served as Chairman of our Compensation Committee from May 2007 until March 2019, immediately prior to his appointment as our Interim Chief Operating Officer, a position he held until February 2020. In March 2020, following the end of his service as an interim officer, Mr. Shanfelter was once again appointed to serve as Chairman of our Compensation Committee, a position in which he served until June 1, 2021. Mr. Shanfelter also served as a member of the Nominating and Governance Committee from May 2010 until March 2019, and stepped down as a member of the Compensation Committee effective March 24, 2022. Mr. Shanfelter served as a member of the Board of Directors of MasTec, Inc. (NYSE: MTZ), a publicly traded specialty contractor, and as a special consultant from 2007 to 2008. Mr. Shanfelter served as Chief Executive Officer and President of MasTec from 2001 to 2007. From 2000 to 2001, Mr. Shanfelter was MasTec’s Chief Operating Officer and prior to that role, he was a divisional president of MasTec from 1997 to 2000.

Mr. Shanfelter has been in the telecommunication, power, and specialty construction industry since 1981. Mr. Shanfelter became a member of the Society of Cable Television Engineers in 1982, the National Cable Television Association in 1991, and the Power and Communications Contractors Association (“PCAA”) in 1991, where he served as its President in 2007. Mr. Shanfelter was the majority owner and Chairman of Global HR Research LLC, a pre-employment screening company, from 2008 through 2016. Mr. Shanfelter previously served as a member of the Board of Directors of Sabre Industries, a leading manufacturer of cell and power delivery structures. Mr. Shanfelter is currently serving on the Board of Governors of the National Wrestling Hall of Fame. Mr. Shanfelter is the current Chairman of Champions4Children, a non-profit organization supporting children in the Fort Meyers, Florida area. 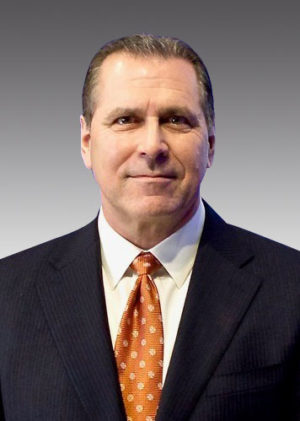 Director since 2019
Member of Audit and Compensation Committees

Mr. Daerr founded RK Enterprises in 1997, a firm that has assisted companies and investor groups in developing and implementing strategic plans and initiatives focused primarily on the energy, engineering and construction, and pharmaceuticals industries. From 1994 to 1996, Mr. Daerr served as President and Chief Executive Officer of Serv-Tech, Inc., an industrial services company that was listed on the NASDAQ. Mr. Daerr worked for CRSS, Inc. from 1979 to 1992 where he served as General Counsel and Chief Administrative Officer and as the President and Chief Operating Officer from 1990 to 1992. Prior to its acquisition, CRSS, Inc. was a NYSE listed company and one of the largest engineering, architectural and construction management companies in the U.S., as well as one of the largest independent power producers in the U.S. CRSS owned a controlling interest in NATEC, Inc., a NASDAQ listed environmental services company of which Mr. Daerr was a director. 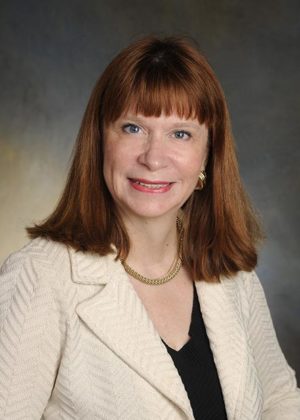 Ms. Foran is Chief Governance Officer, Senior Vice President and Corporate Secretary of Prudential Financial, Inc. Prior to joining Prudential, she was Executive Vice President, General Counsel and Corporate Secretary at Sara Lee Corporation from 2008 to 2009; Senior Vice President, Associate General Counsel and Corporate Secretary at Pfizer Inc. from 1997 to 2008; and Vice President and Assistant General Counsel at J.P. Morgan & Co. Ms. Foran was a Director of Occidental Petroleum Corporation from 2010 to 2020. She is a former Director of The MONY Group Inc. and MONY Life Insurance Company. She served as Co-Chair and a Director of the Council of Institutional Investors (CII) and Co-Chair of the CII International Corporate Governance Committee. She is the former Chair of the American Bar Association Committee on Corporate Governance. Ms. Foran is the former Chair of the Coordinating Committee of the Business Roundtable Corporate Governance Task Force. She previously served two terms on the Standing Advisory Group of the Public Company Accounting Oversight Board (PCAOB) and is a member of the Economic Club of New York. Ms. Foran is a Trustee of the Committee for Economic Development, as well as a member of the Notre Dame Law School Advisory Council. The National Association of Corporate Directors had previously designated Ms. Foran a Governance Fellow. 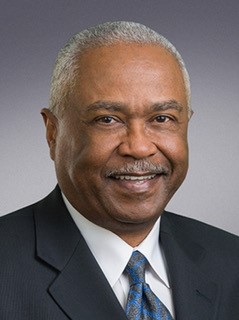 Mr. Smith is president of Cadre Business Advisors, LLC, a professional management-consulting firm with an emphasis on strategic planning, business development, and business performance improvement. He has 40 years of experience providing management services to publicly and privately held businesses and government agencies of virtually every size and scope. To effectively execute business strategies, he often assumes the role of board chairman, interim CEO or special advisor to the CEO, taking responsibility for corporate governance, capital formation, setting the company’s operating strategy, and guiding it to profitability.

He is Chairman of Banner Health and serves on its Executive and Nominating & Governance and Compensation Committees; and is a Director of Store Capital (NYSE: STOR), is Chairman of its Compensation Committee and serves on its Nominating & Governance Committee. His additional past board service includes Arizona Public Service (NYSE: PNW), Rodel, Inc., iCrossing, Arizona MultiBank, Greater Phoenix Leadership, and the Morrison Institute for Public Policy at Arizona State University. Mr. Smith holds a Bachelor’s degree in Industrial Management and Computer Science from the Krannert School of Business at Purdue University and a Master’s degree in Business Administration from Pepperdine University in Malibu, California. 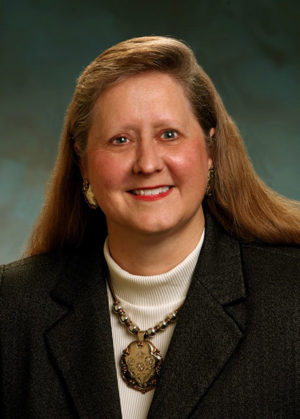 Ms. Sullivan currently serves as CFO for Susser Holdings II, L.P. From 2000 to 2015, Ms. Sullivan worked for Susser Holdings Corporation (NYSE: SUSS), a company engaged in convenience store and fuel distribution operations, as Vice President of Finance and as Executive Vice President, Treasurer and Chief Financial Officer. From 2012 to 2015, MS. Sullivan also served as Executive Vice President, Treasurer and Chief Financial Officer of Susser Holdings’ subsidiary, Susser Petroleum Partners (NYSE: SUSP/SUN). From 1999 to 2000, Ms. Sullivan served as Director of Finance for the City of Corpus Christi. Prior to this, Ms. Sullivan served as Controller of Elementis Chromium, LP, a chrome chemical manufacturer, from 1993 to 1999. From 1979 to 1992, Ms. Sullivan served in accounting positions and as Treasurer for Central Power and Light Company. Ms. Sullivan also has been a director of Affiliated Bank, a privately-owned community bank, since 2018. Ms. Sullivan is a Certified Public Accountant, a Certified Management Accountant, a Chartered Financial Analyst and a Chartered Global Management Accountant. The National Association of Corporate Directors had previously designated Ms. Sullivan a Governance Fellow.